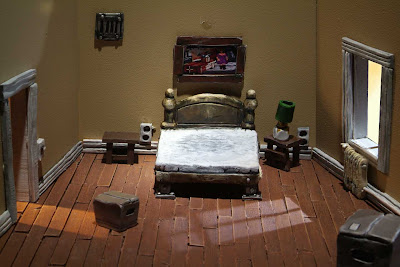 We've updated the game slightly. The biggest change is that the auto save now saves data to the cloud. This is done to make sure you don't loose any progress while playing the game and is done automatically. Hopefully you won't notice any change at all.

We've also gotten rid of the little foot cursor indicating where you can and can't go. Instead, if you click on an unwalkable area, Victor tries to walk as close as possible. The algorithm that guesses where you want to go is admittedly still a bit rough.

• Engine: Autosave now saves to the cloud
• Engine: Fullscreen mode is prohibited during log in
• Engine: Made it possible to click outside the walkable area
• Engine: Removed the feet cursor indicating walkable areas
• Engine: Fixed bug that occasionally caused Victor's dialogue to be drawn too high on screen
• Web: Minor UI tweaks added